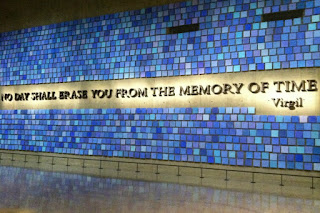 The images of that day are scars on the memory of those who were old enough to remember. I remember. I ran daycare out of my home. I had a number of children and employees with me.  My husband at the time called and said, "Have you seen the news? Do you know what's happening?"

Of course I didn't. I had nine children in my care and didn't allow television.

"A plane just ran into one of the World Trade Center buildings."

"Oh my God, there's a second plane. The second building has been hit."

"No Megan. Turn on the radio, the television, listen."

Oh my God. I turned on the radio. It was happening. For real. Not just some surreal nightmare.

Then they hit the Pentagon. I had a friend who worked there. Also, my sister was in DC at the time and no one could reach her.

Fear was instilled in every American that day. Whether you knew people on those planes, in those places, or even if you didn't. We all had one collective mind that day. Terrorism, devastation, death.

I've been to the memorial. All the names etched in stone, the ever flowing fountains that reflect the absence of the once  monumental skyscrapers...it's beyond profound. And there's a tree. The Survivor Tree.  The trunk of a pear tree saved from the wreckage of the attack and replanted. It has grown into a new tree, a symbol of survival of course, and rebirth.

Since I've been there, they've taken seven story steel tridents from the original buildings and placed them in the museum to greet visitors. (or maybe it was all there and I just didn't go in because the fountains were so exhaustive). There are a lot of strange conspiracy theories about these tridents, but I believe they are like the Survivor Tree. They lasted through the wreckage and are now a symbol of resilience.

This last one is what I'm focusing on. WE CAME TOGETHER AS A COUNTRY... 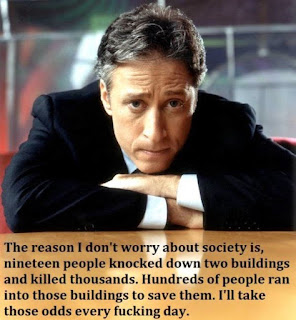 We did. For a brief period of time we were united. And that convergence happened no matter who
we were because we were all fighting and devastated and mourning the same cause. It mattered not if you were white or black. Christian, Muslim or Atheist. Gay or straight. We were all grieving for every single person -  man, woman and child - that died in that terrorist attack.

The wrong targets were chosen. A war started. The Patriot Act was sanctioned.


Boundary lines were then again drawn.


I'm sorry, everyone in a turban is not a terrorist. Everyone from the Middle East is not against America. Most of them (not unlike those from Mexico) are still here for that American Dream that's been touted for decades by those who came before them.

Media took over. Maybe they had help. But fear was perpetuated. Therefore, many live in fear of those that are different or those they do not understand. And that is wrong. That is profiling.

And then of course the liberal left vote in a black president, and all hell breaks loose. 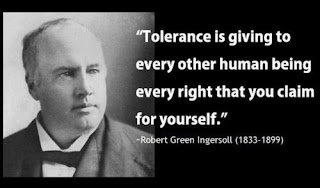 Now these are the things that divide us. Those who tolerate and embrace the differences in our society, and those who abhor it.

And I'm only venting. I don't have an answer, because sure, there are terrorists and there are illegal immigrants abusing our systems. Of course there are American citizens that are also terrorists, think Timothy McVeigh. Think about all the school shootings like Columbine and wherever else shootings took place in our country. And many Americans abuse medicaid and welfare ( which they are honestly not called anymore, get with the program) but so many others DO NOT abuse the system, but legitimately need it.

So honestly, there is ugly all over the world, including our own country, I know this. But why do we, the non terrorists and non abusers fight each other? 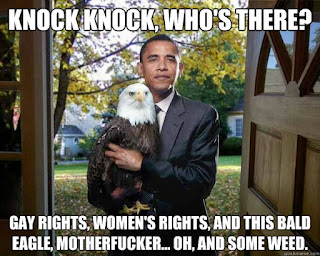 If you believe in freedom, which is seems like everyone in America does, how can you not believe in equal rights women's rights, LGBT's rights? How can you not think that the majority of people in this country want it to be great? Want to see greatness in themselves? Their sex, religion, race, culture or sexual orientation doesn't matter. What matters - and this is what it's all about - is our freedom and the fact that we have to come together and be a great nation again.

As long as we're divided, we're vulnerable. And we can't let another 9/11 happen ever again.
Posted by Megan Bostic at 9:00 AM No comments: Links to this post